Colonial­ era dams in Yaphank are causing higher water temperatures in parts of the Carmans River and should be removed or opened, environmental advocates say.

The groups Defend H2O and Sea­Run Brook Trout Coalition say the dams create thermal pollution by artificially spreading out the water and slowing it down, allowing it to collect heat. Restoring the flow would reduce temperatures, halt the spread of invasive species and return natural fish passage routes to the river, reducing the need for costly dredging and other treatments, they say.

These dams have been there since the 1700s, and seems like the only appeal they have now is related to the lakes they hold back. People there like the lakes.

It’s always a question of values. Brook trout are on the verge of being extirpated in so many places. On Long Island, the Carmans is one of a just a few rivers that still have populations of brook trout, which used to be everywhere in the greater New York City area. Now, it’s just another remnant population barely hanging on. 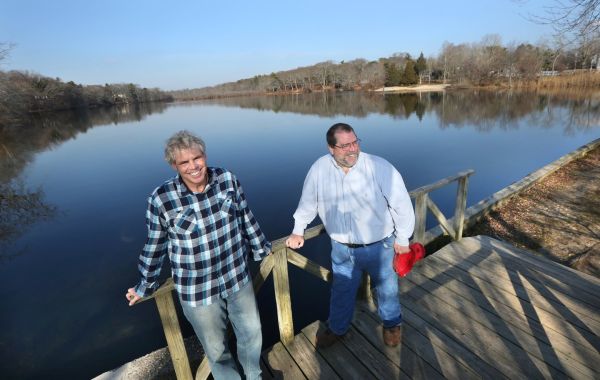 I missed this a couple weeks ago — a great shot of a small native brook trout in Vermont from Orvis News. […]

More fish stocked for your laid back angling pleasure and copied below. A couple good brook trout streams were stocked well downstream […]

This site uses Akismet to reduce spam. Learn how your comment data is processed.